'It's Happening With Younger and Younger People': UW Expert Talks About Keeping Youth Safe Amid Rise in Fentanyl Use and Overdoses

With 27 years of work in the opioid addiction field, Caleb Banta-Green said he didn't think it could get as bad as today's big rise in fentanyl use.

Fentanyl is killing people from accidental overdoses in higher numbers than any other drugs, he said. For a Sept. 13 Gonzaga University talk, he used Spokane reports showing that fentanyl deaths spiked in 2021 — far surpassing overdose from methamphetamine, heroin or cocaine.

It mirrors trends across Washington.

"The stats today from the Spokane Medical Examiner showed the fatalities involving fentanyl in Spokane County increased to 108 last year, up from 28 the year before; in 2019, it was 11," he said before the speech. "We're seeing data from across the state from medical examiners that show it continuing to increase into 2022."

A University of Washington School of Medicine acting professor in psychiatry and behavioral health sciences, Banta-Green is executive sponsor of Washington state's Opioid Overdose Response Plan and runs the websites stopoverdose.org and learnabouttreament.org.

"We were already having a hard time keeping up with heroin, and fentanyl is just so much more deadly, causes so much more chaos, and it's happening with younger and younger people who have even less experience with the health care treatment system," he said.

Fentanyl is highly addictive with higher overdose potential, he said, because it's so strong, fast-acting and short-acting.

"You feel really good, then you feel really bad, then you need to use again, and again and again," he said. "It's not uncommon with fentanyl for a person to have to use it 10 to 15 times a day. With heroin, it might be four to six times a day. The crude estimate is that fentanyl is probably at least four times more lethal than heroin — both biologically how it works, but also the fact that you're using it that much more often."

Banta-Green's Spokane visit focused on how to protect loved ones from fentanyl. He called for more physicians to offer opioid-use disorder treatment medications to get people off a cycle of chaos, along with counseling. He said buprenorphine, better known as the brand Suboxone, shows effectiveness in treatment. He's also heard Sublocade, a buprenorphine monthly injection, is working.

"It's essential that parents understand that, yes, we want to prevent opioid misuse and overdoses obviously, but if an adolescent has opioid-use disorder, they need effective treatment," Banta-Green said. "Being on methadone or buprenorphine reduces mortality by over 50%. The medications are opioid, and the person is still dependent, but if their medications are being managed by a medical provider and they aren't having psychological or social problems any more, they're actually in recovery."

Banta-Green said he launched the Community-Based Medications First project in Spokane at the health district and then at Compassionate Addiction Treatment. It's a reversal of being told first to stop drug use, deal with mental health and go to medical visits, then get medications, he said.

"That's backwards," he said. "That's setting up a person to die in the interim."

For many parents, fentanyl is different from what they might know about other substances.

Alcohol, marijuana and opioids as pharmaceuticals have known potencies. Heroin that's mostly injected has a high hurdle to use, but fentanyl looks like a pill.

"There is no barrier to use; that's completely normalized that we use pills," he said.

Banta-Green said the substance is generally a blue-green small round pill with a fake stamp of M/30 for Mallinckrodt Pharmaceutical/30 milligrams oxycodone, "but they're not; they're fentanyl." Recent news about "rainbow" multicolored pills raised alarms,  but reports indicate they're rare statewide.

It's a concern, but parents can help the most by having early casual conversations with children about medications, alcohol and coping skills, he said.

"We need to think about why people use substances. They generally are using them to feel good or not to feel bad," he said. "That's why I talk about trying to address early-on, how do we manage when I feel good or when I feel bad, and to do that in safer ways — then if you are offered or see those substances, really to know not to use those."

Banta-Green said recent trends show that fentanyl pills are predominantly being smoked, with people putting them on a thin strip of foil and heating them underneath. Increasingly, some powder form of fentanyl is being injected, he said.

"We have detailed data from Seattle, and I believe it's true across the state, that the majority of the people dying from opioid and/or methamphetamine deaths are now smoking those drugs," he said.

When children are 5-10, adults can talk about being careful around medications and alcohol, such as when a parent takes a Tylenol or has a beer with dinner.

"The reason for talking about it when they're young is you want to create normal conversation around health, and one of the topics is substances," he said.

Many people drink alcoholic beverages and use cannabis, but messages can be dangerous around children, Banta-Green said.

"If you talk about a tough day and a need to relieve anxiety, you're sending a potent message," he said.

Instead, model healthy responses to stress with relaxation, exercise or music, Banta-Green said.

By middle school and on, discussions should go deeper.

"You're saying: 'I want to make sure you know and that you're telling your friends that there are these fake pills out there that actually have fentanyl. They look like a prescription pill and they almost never are. Don't ever take a pill, no matter what somebody tells you, unless you and I got it at the pharmacy together,' " Banta-Green said.

For parents, it's crucial that they keep a connection with their adolescent, even if it's tough, or teens will turn to others. It's also good to tell them that anytime they feel unsafe, they can call for a ride, "no questions asked." If there's substance use, that talk can come later.

Teens also need to hear that if a friend has taken alcohol, medications or drugs, and then won't wake up, that's an overdose.

"If you can't wake somebody up, call 911 and know that you have protection in Washington state under the Good Samaritan Law," he said

Other items that may interest you

Take a Trip Through Our Area’s Rich History 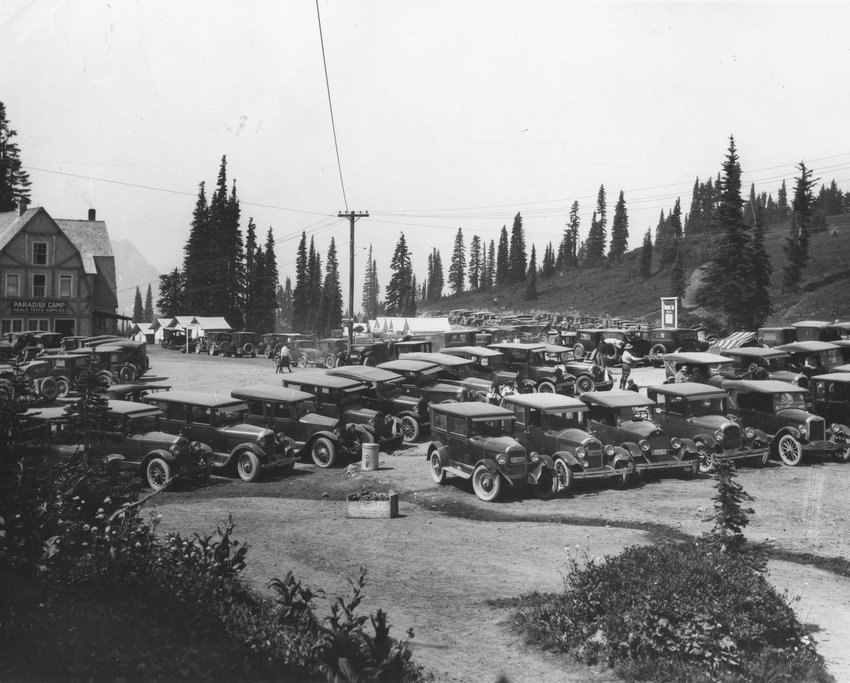 Take a Trip Through Our Area’s Rich History
Enjoy these snapshots of articles written in past issues of the Nisqually Valley News from 45, 35, 25 and 15 years ago, respectively.  A Look Back at This Week, 45 Years Ago • Yelm … 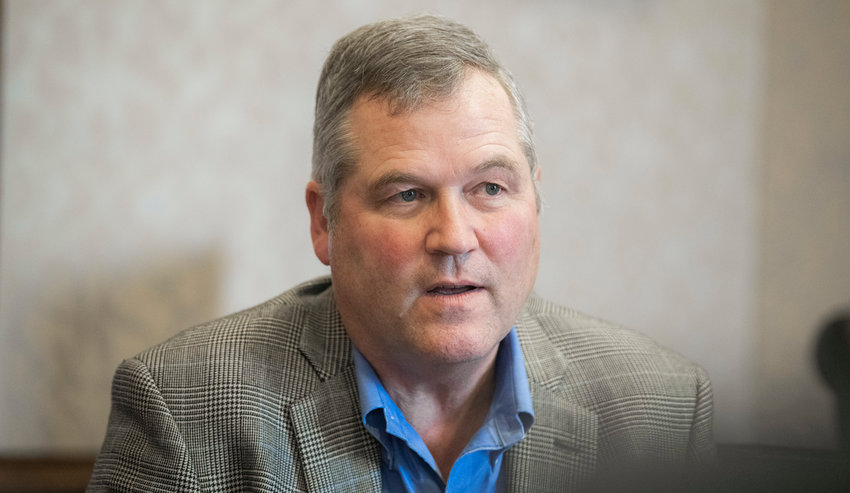 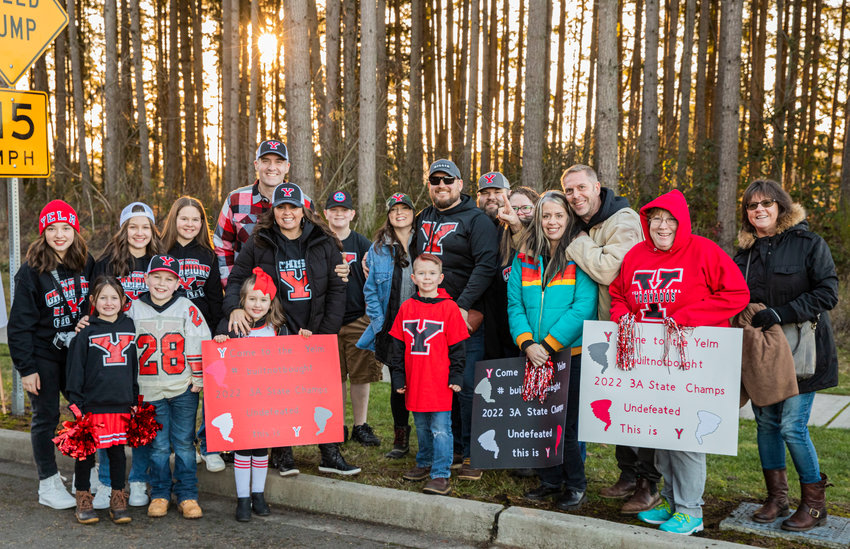 Yelm Celebrates 3A State Championship Team With Parade
Members of the community came out in droves to the Yelm High School stadium on Monday, Jan. 23, to celebrate the city’s first ever 3A state championship win in football. At the event, which … 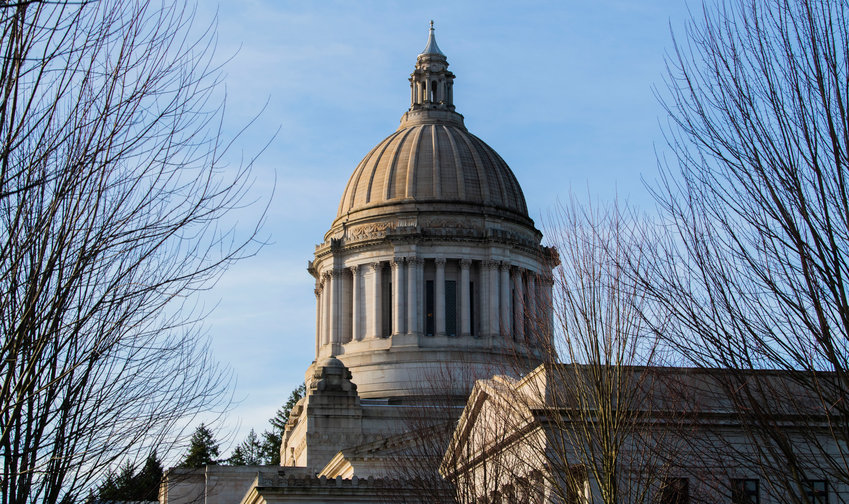 Bill Proposes Relaxing Restrictions on Low-Dose Cannabis Drinks
Consumers will be able to purchase more low-THC liquid-infused products in a single purchase if a bill in the Legislature wins approval.  “HB 1249 is necessary to ensure that the … 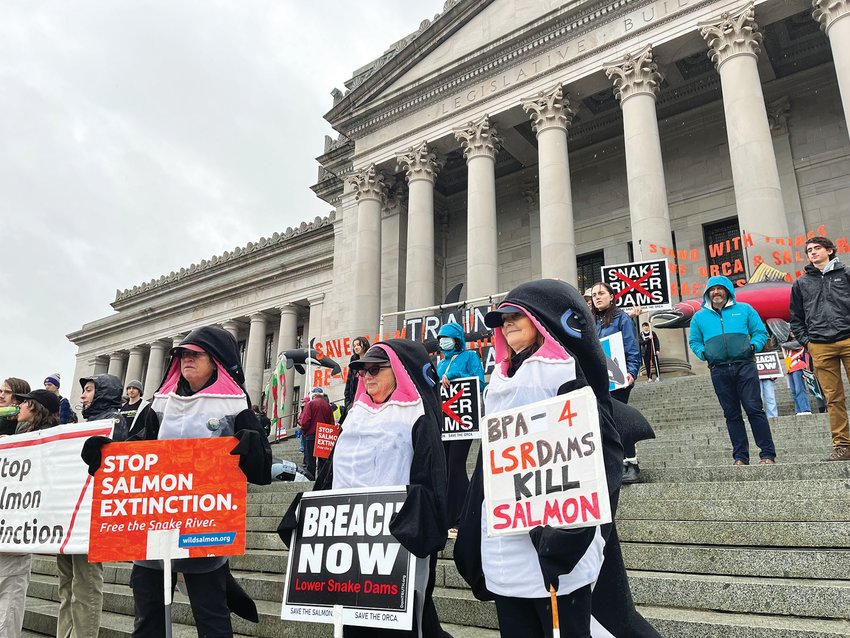 Bills Push for Improving Salmon Habitat, Removing Barriers
Starting at The Olympia Ballroom in the state capital’s historic district, students from across Washington carried inflatable orcas and salmon as they marched through the streets of Olympia to …